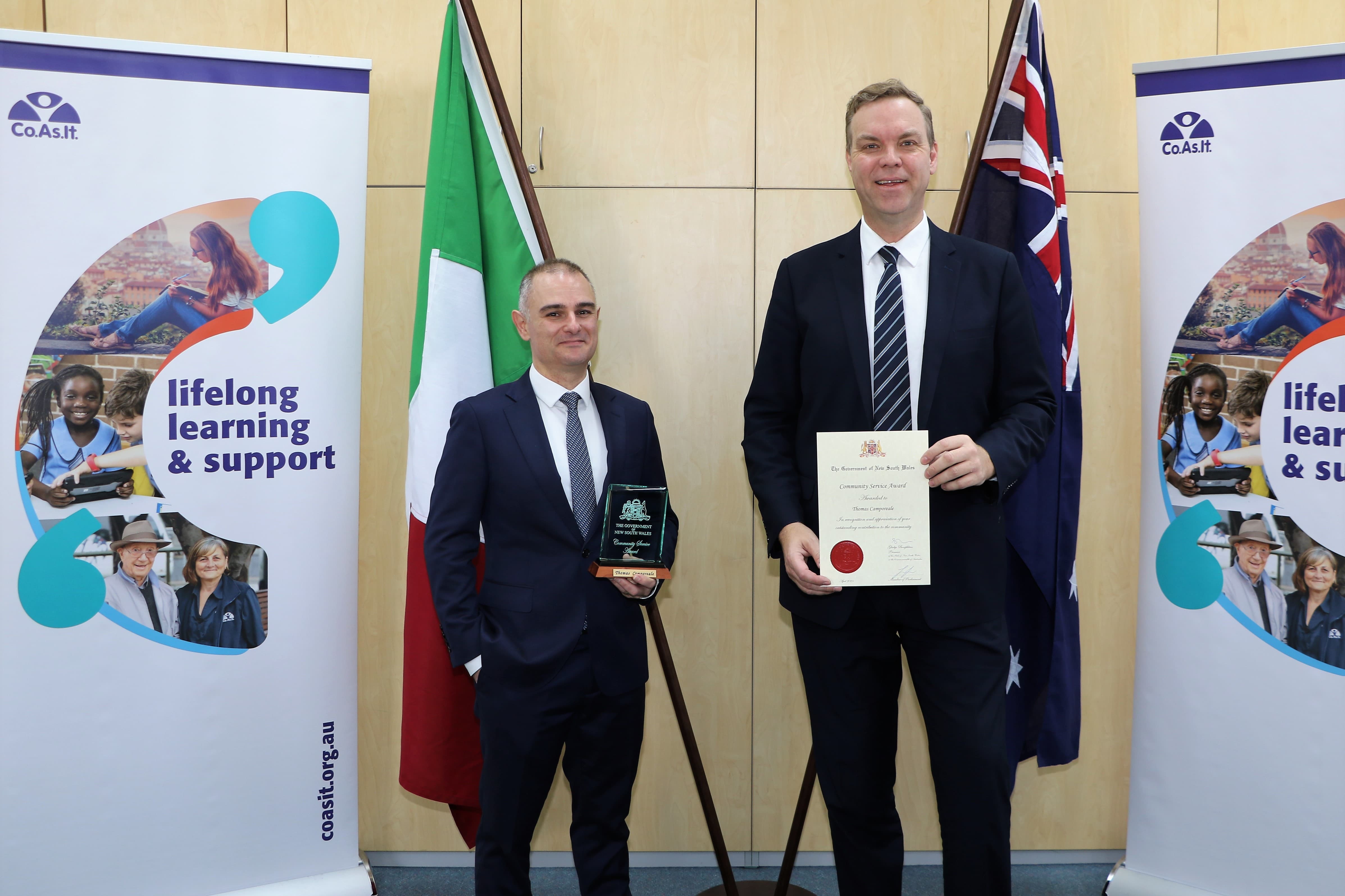 Thomas Camporeale, General Manager of Co.As.It. has been awarded the NSW Government Community Service Award. Mr Camporeale was nominated for this award by two NSW State Members of Parliament; Jamie Parker MP, Member for Balmain and John Sidoti MP, Member for Drummoyne, for the community work Mr Camporeale has performed in both electorates.

The NSW Government Community Service Award recognises individuals in NSW who have substantially helped to improve the quality of life of members of their community. This is beyond what would reasonably be expected in their usual occupation. It is awarded by the     Department of Premier and Cabinet.

“20 years of service to the Italian community in the electorate of Balmain is a very special achievement. I have had the pleasure to work with Thomas on several occasions and I can’t speak highly enough of the work he has done for this community,” said Jamie Parker MP, Member for Balmain.

Mr Camporeale, recently celebrated 20 years at Co.As.It. Thomas, commenced his role at Co.As.It. in 2000 as a social worker. He progressed in the organisation quickly becoming the Head of Community Services in 2002. Thomas then became the deputy CEO and subsequently the General Manager after completing his MBA at Macquarie University. In his time as General Manager of Co.As.It. Thomas has had a number of notable achievements, both as a volunteer and in his professional role. Mr Camporeale was recognised for his leadership and dedication to the CALD community over the past 20 years.

“I’m honoured and humbled to receive this award. Working in a community organisation I have never sought recognition, as the joy I gain from providing these services to the community is more than enough. It is wonderful that my team has worked with the offices of Mr Sidoti and Mr Parker to make this possible. I thank my team for their contribution to my success. I also thank the Co.As.It. Board for their vision and leadership”, said Thomas Camporeale, General Manager of Co.As.It.