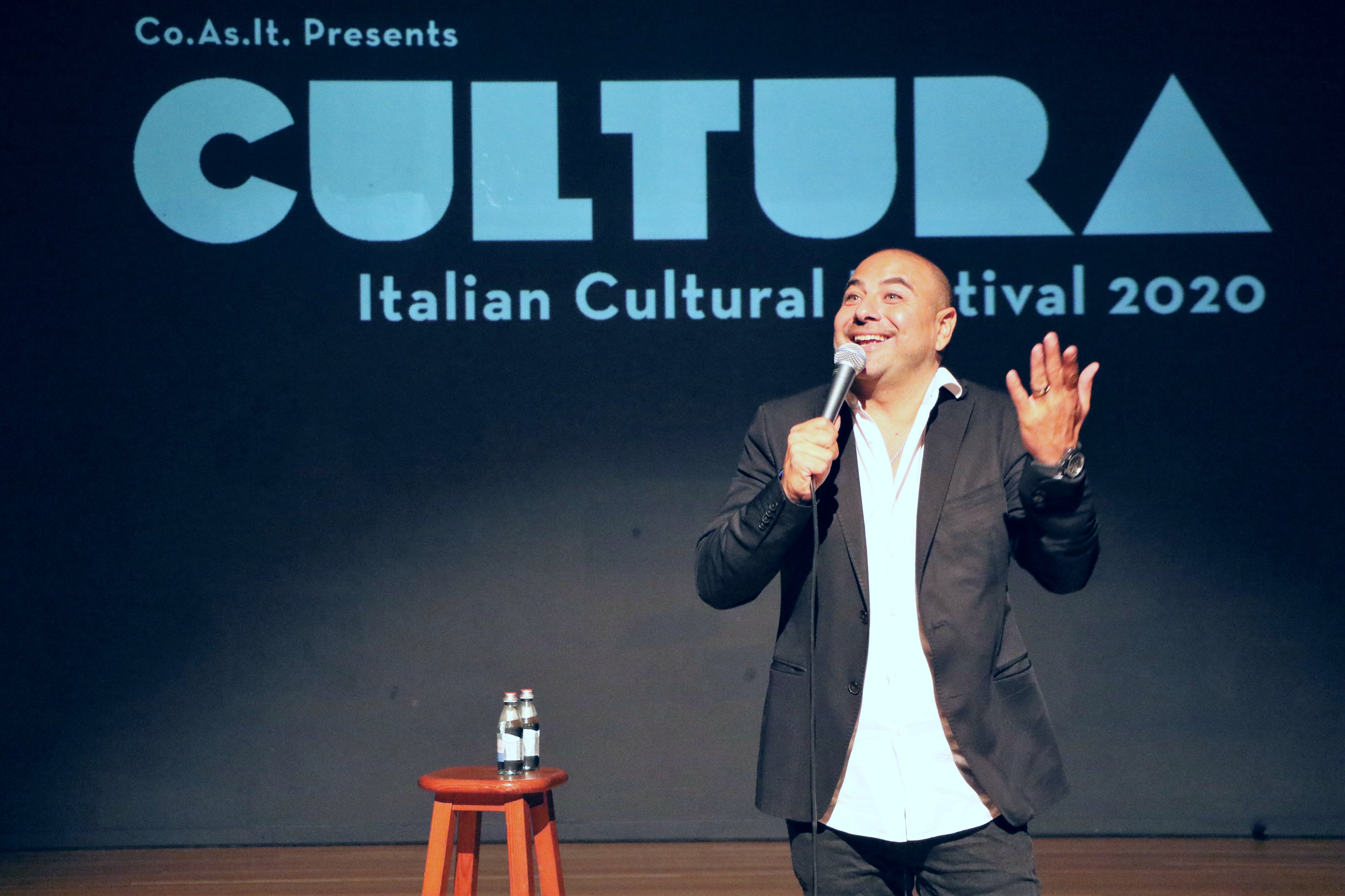 The second installment of the “CULTURA”, Italian Cultural Festival 2020 featured a Comedy Show by Joe Avati & Anthony Locascio. The show was in high demand with ticket allocations exhausted weeks in advance.

“We knew that this would be one of the most popular shows of the festival. We are proud to be able to put on events of this quality for the community to enjoy at no cost”, said Thomas Camporeale Co.As.It. General Manager.

Joe Avati is a second generation Italian born and bred in Australia. He has become a firm fixture on the Australian comedy circuit and received a warm reception when he stepped out on stage at the Italian Forum Cultural Centre.

“Dad was born in Italy and Mum was born here in Australia, her parents were from Italy. My upbringing provided a lot of comic material. I generally do not know what I am going to say before the show, which keeps it interesting for me and the audience,” said Joe Avati.

Anthony Locascio is one of the Sydney Comedy Scene’s fastest rising stars. He is a two time NSW Raw Comedy State Finalist. His upbringing was a combination of Italian and Greek heritage.

“People always ask me if I feel more Italian or more Greek and I really do not know how to answer that question,” said Anthony Locascio.

Mr Avati and Mr Locascio had the crowd in stitches for the duration of the show with the audience feeling a strong connection to the stories of growing up Italian. The show touched on universal themes such as generational differences, a love of food and the immigrant experience.

“It was wonderful to hear the Italian Forum Cultural Centre erupt with laughter. From the feedback we have received everyone really enjoyed the show”, said Thomas Camporeale Co.As.It. General Manager.

The “CULTURA” festival was scheduled to run from January 2020 until April 2020, featuring five shows hosted at the Italian Forum Cultural Centre, in the heart of ‘Little Italy’. Due to the current situation the two final shows; 19 March – Sydney Symphony Orchestra, and 2 April – Opera Australia, have been postponed.

“Due to the Australian Health Protection Principal Committee (AHPPC)’s placing a ban against holding non-essential, organised public gatherings in light of global health concerns regarding COVID-19 (coronavirus), we regret to share that the final two shows of the “CULTURA”, Italian Cultural Festival 2020 will be postponed,” said Thomas Camporeale Co.As.It. General Manager.